Notice: Undefined index: subscriber in /homepages/28/d337059024/htdocs/maspethblog_recovered/wp-content/plugins/wp-stats-dashboard/classes/util/WPSDUtils.php on line 606
 Crafty Maspeth Man Lights Up Empty Bottles of Booze with His Bright Ideas – News, events, food in Maspeth, Queens 
Notice: A session had already been started - ignoring session_start() in /homepages/28/d337059024/htdocs/maspethblog_recovered/wp-content/plugins/alphaomega-captcha-anti-spam/alphaomega-captcha-and-anti-spam.php on line 138 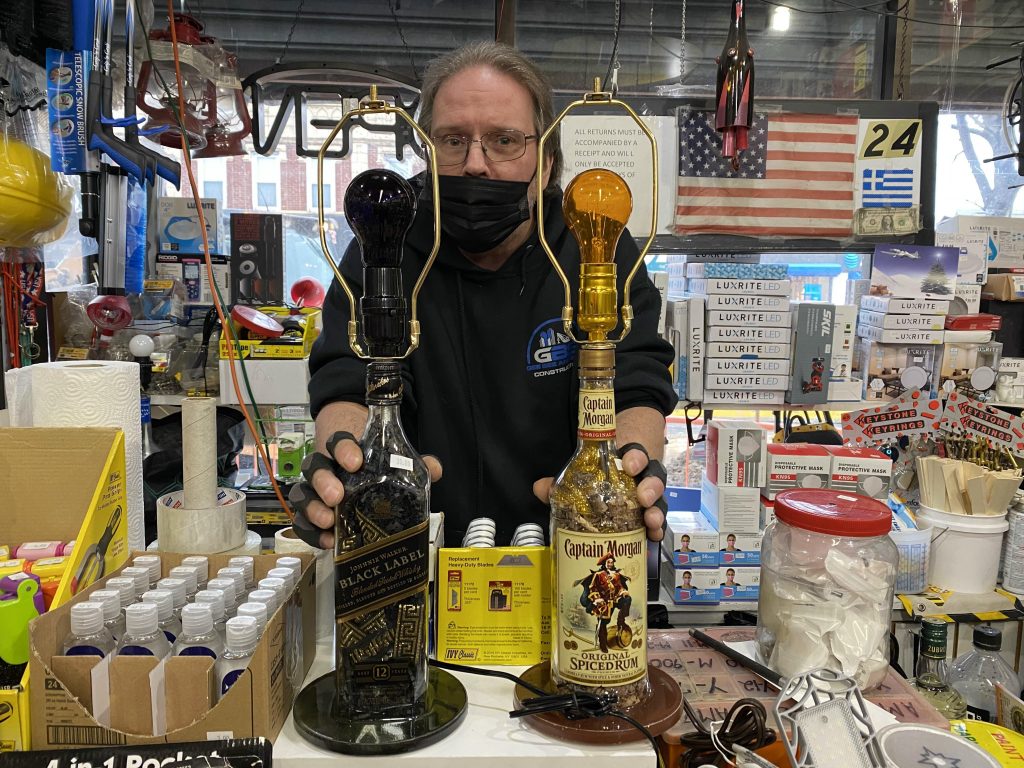 Jeff Madlinger, a Maspeth resident, has trouble parting with a bottle of booze even after the last drop.

“Some of the bottles are so good looking that you hate to throw them away and I would always try to find something to use it for,” said Madlinger. “So, about eight years ago I started turning them into lamps and people really liked them.”

The Greenpoint native and longtime Maspeth resident has been fashioning stylish lamps out of empty bottles of almost every variety of liquor. Using supplies he buys at Grand Supply on Grand Avenue, Madlinger’s bottles have become one of the best kept secrets of Maspeth’s busy retail strip. Madlinger says he sells about two lamps a week and takes requests for specific bottles.

“People give me empty bottles all the time now just because they know I can use them,” Madlinger says. “I’ve made lamps out of Jack Daniels, Ciroc and Grey Goose bottles.”

Some of Madlinger’s other creations include salt and pepper shakers, wind chimes, vases and drinking glasses made from beer and wine bottles. He’s made guitar slides out of the necks of wine bottles and he says he’s getting into making clocks. “I like working with anything made of glass,” Madlinger said. 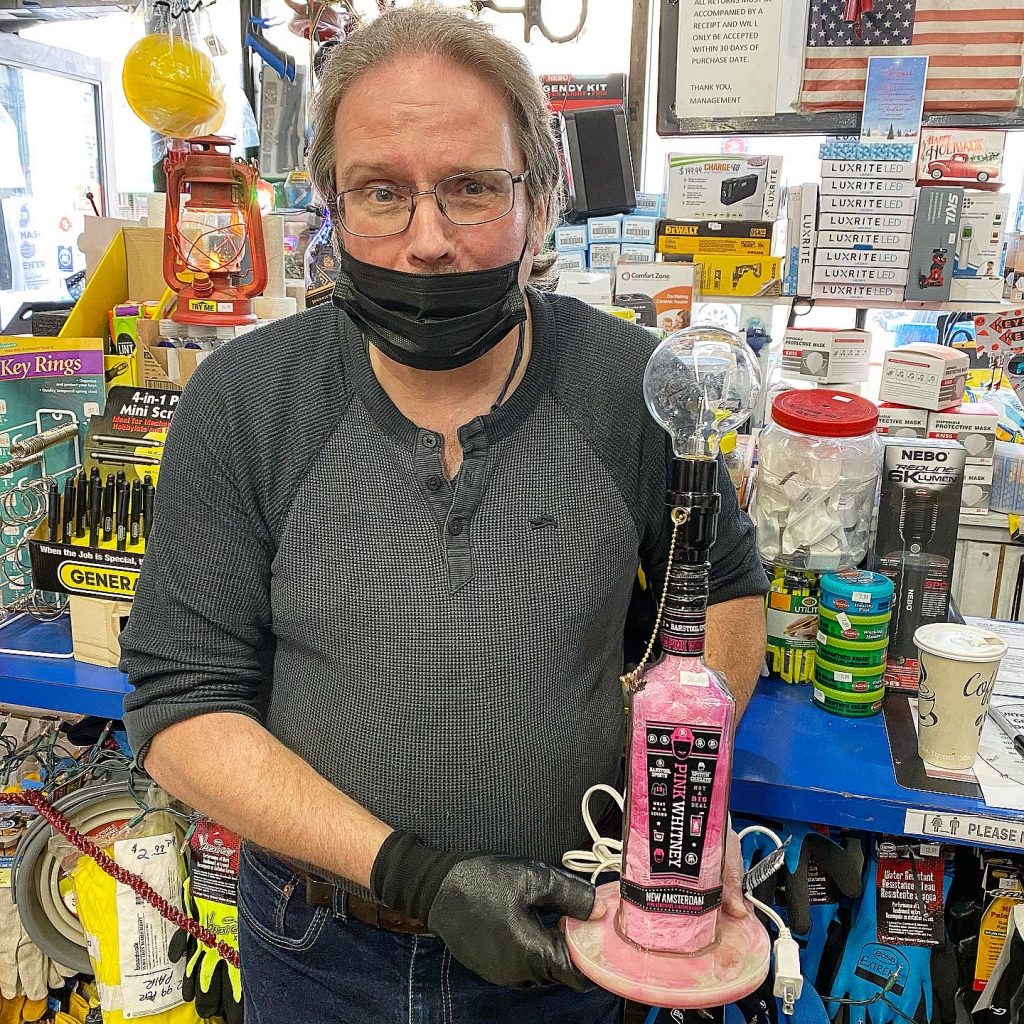 Recently, Madlinger created a lamp from an empty bottle of the popular hockey-themed “Pink Whitney” pink lemonade flavored liquor from New Amsterdam Vodka. Pink Whitney takes it’s name from the signature cocktail of former NHL player Ryan Whitney, who is a host on the popular Barstool Sports podcast “Spittin Chiclets.” The Pink Whitney’s lamp was a gift to a friend who posted it on the @TakingBackHockey instagram account where it received kudos in the form of a comment from another Spittin’ Chiclets host, Paul “Biz Nasty” Bissonnette, a current radio commentator for the Arizona Coyotes and himself a former NHL player.

“That was cool seeing that comment because the Pink Whitney bottles are pretty popular right now,” Madlinger says. “It was nice to get that acknowledgement.”