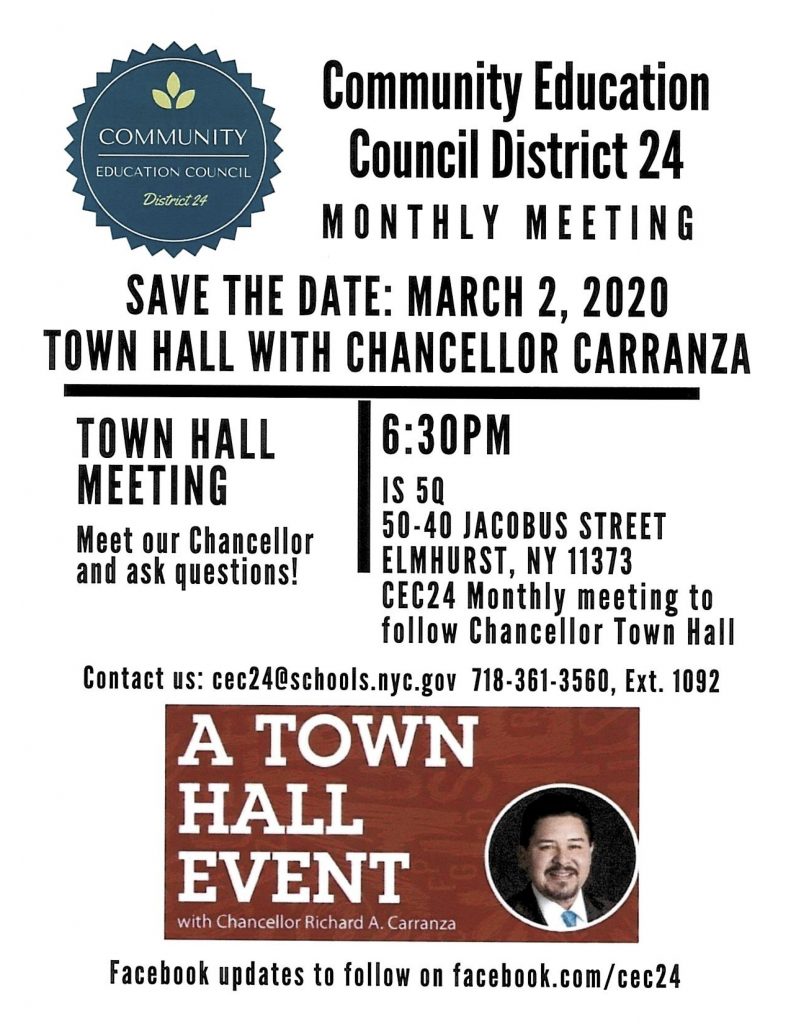 Get ready for some fireworks.

The event will take place at IS 5, located at 50-40 Jacobus Street in Elmhurst.

This town hall was originally scheduled for last December, but the chancellor had to cancel due to the recent death of a DOE official.

Despite his absence, the traveling band of protesters that follows Carranza from event to event, calling for his resignation, showed up before the meeting to protest.

You can read more about their protest in the Queens Ledger here.

Councilman Bob Holden, who’s no fan of Carranza, then blasted Carranza and the DOE during the meeting.

He went after the chancellor on the Maspeth High School grade fraud scandal, the $30 million to fix up PS 9, and the city’s attempts to change the admissions process to the specialized high schools.

Carranza has also been heavily criticized over the way he handled another town hall in northeast Queens, in which parents of students who were assaulted on school grounds wanted answers. The chancellor and that CEC group abruptly ended the meeting early.

Carranza has since blamed the traveling band of protesters for not allowing parents to be heard.

The chancellor should expect no less on March 2.